Once spring arrives it is no surprise that ants will also be making their debut. While ants are extremely common during this time of the year, no one wants to see these pests on the sidewalk outside of their home, or even worse, inside their home. Plus, any homeowner knows that where there is one ant, there is likely to be plenty more to follow.  However, what you may not be aware of as a homeowner is that there are many different species of ants that are attracted to varying household conditions. If you want to keep your defenses up, you’re going to need to know as much as possible about these pests.

In the westernmost area of the United States, the rains that fall in both March and April can cause ants to seek shelter inside homes and other buildings. Ants also will use your home as a reliable source of food and water as well. If you want to prevent ants from doing just that, there are plenty of steps you can take such as:

It is not likely that you will be able to identify what species of ant is hanging out around your home simply by looking at it. However, your local pest control team can. And while you might think getting rid of ants is simply and painless, each species require a different method of control and extermination. Check out this chart that outlines the seven most common types of ants you are likely to encounter this season: 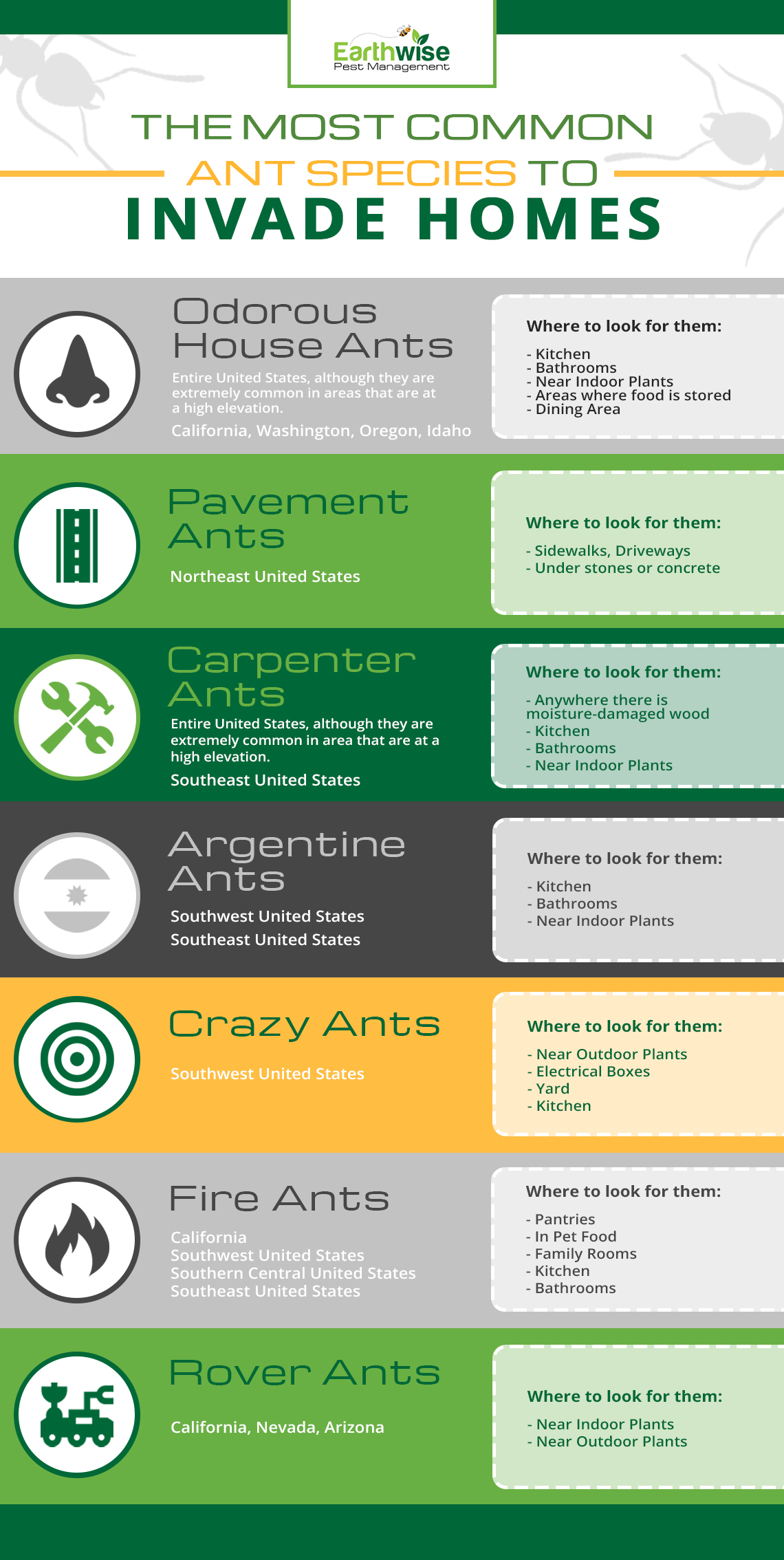 While no one really wants to see ants in or around their home, there are certain species that are worse than others. For the most part, this reputation belongs solely to carpenter ants because of the extreme damage they can cause.  Much like termites, carpenter ants seek out locations that have a lot of wood. Unlike termites, however, carpenter ants do not eat the wood, but instead burrow into it in order to make a safe space for their colony to reside. This can have a terrible impact on the structural integrity of your home, as well as any decks or patios that you have as a part of your home.

The Most Problematic Ant Species

Additionally, another ant species that doesn’t have a great reputation is that of the Fire Ant species. In recent years, fire ants have begun to spread more adamantly, becoming a serious issue in certain areas of the United States. These ants have the ability to sting people and these stings are known to be extremely painful, even causing very alarming allergic reactions in some people. In the case of small children and pets, enough of these stings at once has been known to result in fatality.

While you may think you are completely capable of identifying and eliminating the sort of ant that has infiltrated your home,  we would urge you to get the help of your local Sacramento pest management company. Earthwise Pest Management can tell you what sort of ant you are dealing with and then promptly take care of the problem for you.

Contact Us Right Now To Learn About Our Ant Control Services

Defending your family’s home, and businesses from pests